Days have passed since my last post, my apologies. I’ve done some research on how to improve my blog, I also have other work to do and of course… PLAY GAMES. Now I’m going to write one of my favorite games! (I’ve said that many times now. heh.) There are just too many games that I’ve played and I love them all. This time it’s Devil May Cry. 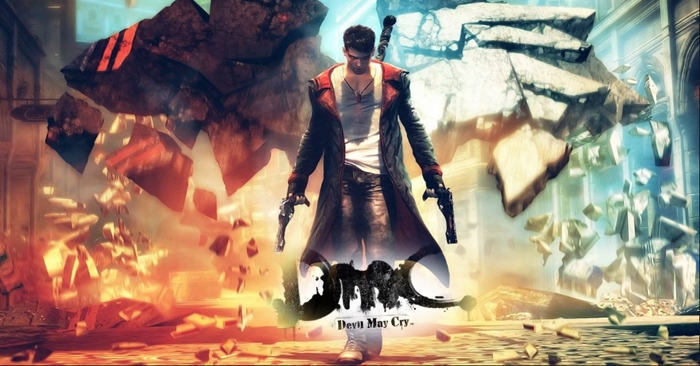 DmC or Devil May Cry is the 5th release of the franchise. I’ve remembered when a game trailer comes out- I said to myself (I’m gonna play that!) It is the combos that’s got me interested in to playing this game, the cool moves you can perform when you eradicate enemies. When the trailer teaser for this game came out many people were discouraged of how Dante looked, but I didn’t mind… I mean-look at the picture, that’s a young Dante holding Ebony and Ivory (guns) and Rebellion (sword) holstered, he looks more bad-ass here and an interesting thing to think about is how the background resembles a pair of wings, his right wing is a fiery demon power and on the left wing is a radiant light of angel power. Nice, right? I’ll talk about that later, cause some of you might now that Dante just transforms to a devil. 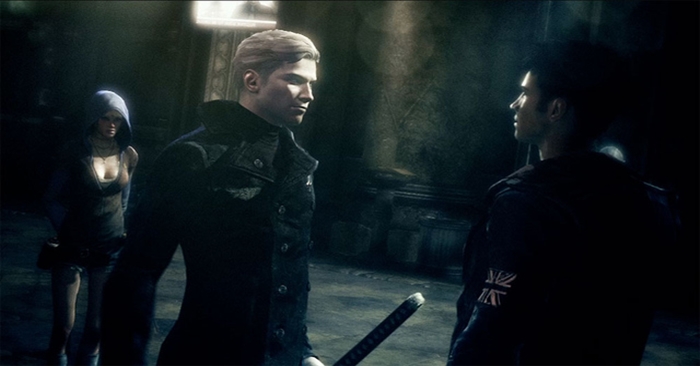 The game is about a young Dante who did not have any recourse of how he lives his life and he was suddenly attacked by a demon Hunter sent by Mundus. Dante was dragged into “Limbo” and is vulnerable to the attacks of the demon, but with the aid of Kat, Dante was able to defeat Hunter and thus the story begins of Dante meeting his twin brother Vergil. Dante soon found out that he’s a Nephilim (half-demon, half-angel) who lost his precious memories about his family due to an attack made by Mundus when they were little. Now, he sets forth to confront the demon who’s responsible for what happened. Dante’s memories will return as the story goes on, we will also learn about how Sparda and Eva fell in love with each other- which is forbidden because they are different, a demon and an angel. (explained: the picture of how Dante has demonic and angelic powers). At the end of the game we’ll also know how/why Dante and Vergil were not in good terms.

The gameplay is brilliant! An action-adventure-hack n’ slash game. The player controls Dante who wields two guns and a sword as starting weapons. As the game will progress along with the story, you will acquire more guns and swords by clearing missions and from defeating mini-bosses (don’t worry Dante will have his Devil Trigger too). When he is dragged in to “Limbo” be ready, because enemies will spawn and you need to abolish them all to proceed to the next stage. Once you acquire the angel and devil weapons, you can choose which mode (angel or devil) you want to use when attacking foes, also perform combos and switching between the weapons you currently have and will be evaluated by how “stylish” you can be when attacking. Activating Devil Trigger will make the area in a ‘freeze-state’ and also making enemies more vulnerable to your attacks.

Since I’m using PC, I must say it’s easier to execute combos. The usual WASD + mouse combination, Spacebar for jumping, Shift is evasion, left-click melee attack, right-click gun attack; middle-click (between left and right clicks) is for gun rotation, mouse wheel up is rotation for angel weapons while mouse wheel down is for demon weapons. F is for launching enemies to the air, holding F will allow you to uppercut and perform follow-up aerial combos. I personally use 1,2 and 3 to choose between human, demon or angel mode since it’s better than pressing and HOLDING Q for demon attacks and E for angel attacks. V is for devil trigger!

I thought I should say this: Don’t let critics/reviewers dismay you from “their” perspective; like how the game “might” be bad… let your own experience be the judge of your happiness, my only motive is to let you guys know how I enjoyed playing the game. I’ve also uploaded a video of me playing the game.