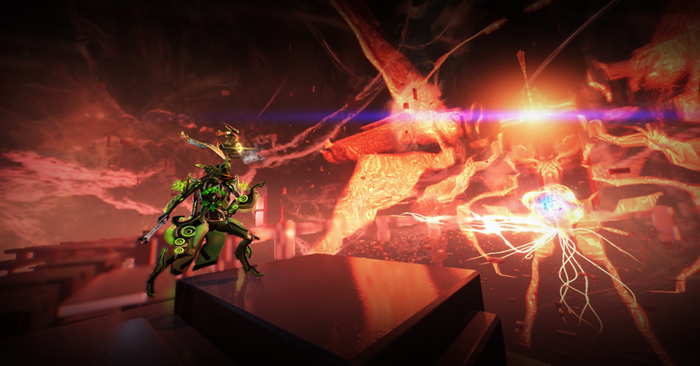 Hello! I’ve been updating as often as I can-at least one post a month as I promised, I know I can do better, but this is what I can do best in the meantime.

I’m tackling about the game Warframe and one of it’s quests to getting Octavia- a warframe.

I’ve already written about Warframe here in this link.

Octavia can be obtained by purchasing with platinum through the in-game market or it can be built through the foundry segment by farming it’s parts and completing the quest to get the blueprint.

I prefer doing the quest and farming to save platinum and also to see how the story goes.

I’m making this post not as a “walkthrough”, it’s to simply showcase how it went or what happened when I started the quest and where it through.

The quest can be set active after you’ve visited Cephalon Suda. After talking to Cephalon Suda, you will be given the quest named “Octavia’s Anthem” and the reward after completion is the blueprint of Octavia.

I have uploaded 3 parts of the video. I’ve noticed in many other quests in Warframe, it’s broken down to 3 sections of the quest.

The 1st part of the quest is all about collecting the parts of a Mandachord.

Mandachord is an instrument-part of Octavia where it produces the sound/music.

The 2nd part of the quest is finding out that Cephalon Suda was vulnerable to Hunhow and was possessing Suda- I wouldn’t say more, it just spoils the story.

So, I hope this post helps you in getting your Octavia too. Have fun!